Listed below are a small number of the many possible day trips and great sight-seeing opportunities which are from 10 minutes up to less than 90 minutes driving distance from the Villa Istra Bianca. 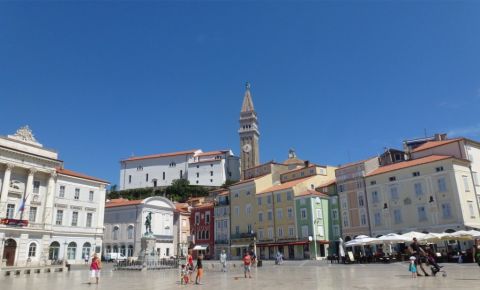 Situated on the west coast of the Istrien peninsula. Ancient Pirat is one of the prettiest towns in the Mediterranean , and is also one of the best kept old towns in Europe.
www.portoroz.si/en 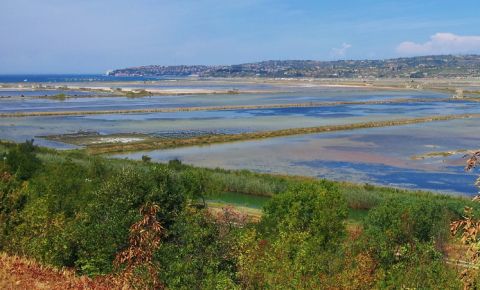 Salt has been formed and collected for over hundreds of years in shallow pools. The hard work of the salt workers in and around the easterly end of the Piran bay has led to the creation of a fascinating Öko-System with many unique animals and plants. We recommend the Perenzana bike route stretch between Piran & Savudrien which runs next to and also in parts enters the Salt Pans area itself.
www.kpss.si/en 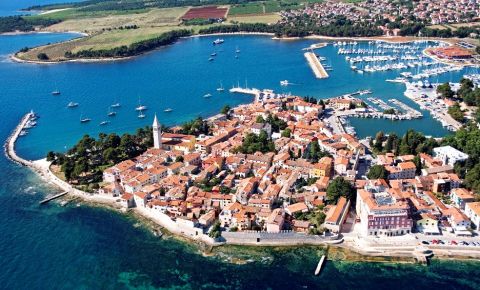 This town lies approx. 15 km north of Porec and is located on a small island that was first connected to the mainland in the first half of the 19`th Century. Attractions include the impressive 14 ´th Century town-walls which almost enclose the entire town and also the Maritime Museum “Gallerion” which is dedicated to the Austro-Hungarian Navy during the time period in and around the first World War.
www.novigrad.hr 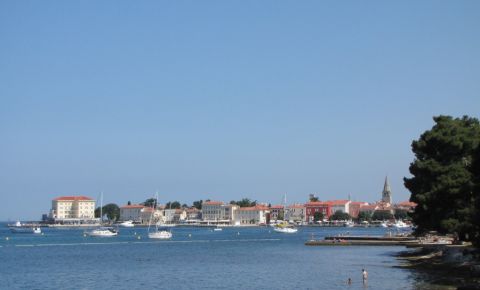 The town at your doorstep is only 6,5 km away - Porec can be reached quite comfortably by bicycle. The most impressive Bishops residence with the adjoining Eurphrasius-Basilica from the 7´th Century is well worth a visit. In Porec you will also be able to carry out all your shopping needs - there are several Internationally renown supermarkets such as Lidl, Kaufland , Konsum , Plodine and Billa.
www.porec.hr 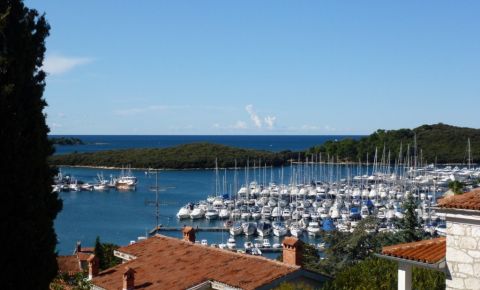 This tiny wee town on the northern mouth of the Limfjord between Porec and Rovinj maintains its character and charm as a working fishing harbour but is also home to one of the nicest yacht marinas along the western Istrien coast. Just a short distance out to sea there are 18 little uninhabited islands covered in lush vegetation; looking out from the town towards the marina , the islands and the sea you can enjoy some wonderful sun-sets.
www.vrsar.hr 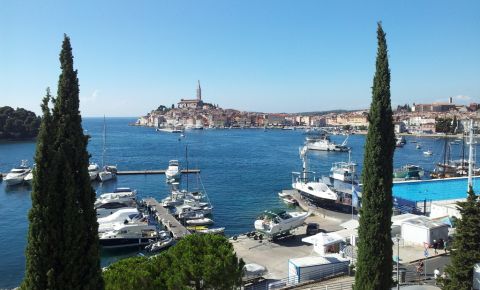 Probably the best known and internationally marketed town in Istria. A colourful history has left its mark on this fantastic place. Take a walk up the narrow lanes and alleys to the church Saint Eutemija to enjoy the Romanesque and Gothic architecture as well as the stunning views from the top of the prominent hill. You will have then deserved some refreshment which can be found in one of many charming bars and restaurants. All in all, an unforgettable experience.
www.rovinj.hr 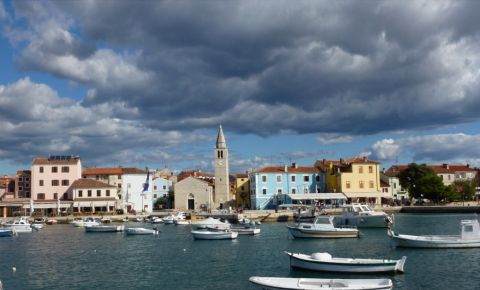 A fishing village on Istria’s western coastline. Fazana is a rustical sort of place where restaurants are located directly along the quayside. From here you can depart for the trip to the Brioni islands.
www.fazana.hr 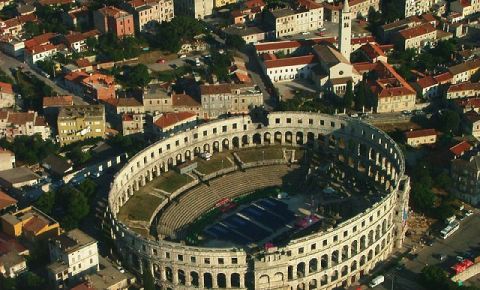 The main attraction and also the symbol of the city is the Roman Amphitheater –built during the reign of Emperor Augustus. Originally having a seating capacity of 23,000- this makes it one of the largest arenas ever built by the Romans. The International Airport is also located nearby.
www.pula.hr

Pretty little fishing village in the Kvarner Bay. There are attractive paths along the coast towards Opatia / Abbazia (Lungomare von Abbazia).
www.volosko.hr 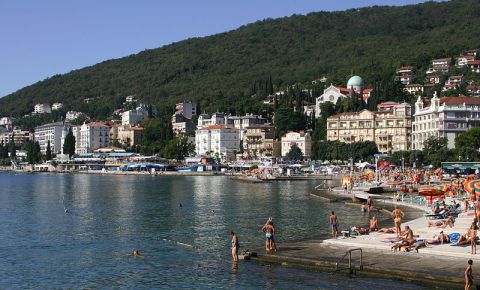 Opatija is a prime example of a fashionable Bathing Resort dating back to the Glory days of the Austro-Hungarian Monarchy. Located on the Eastern Istrian Riviera the first well to do tourists started arriving in significant numbers from 1844 onwards, a major boost for tourism came with the completion of the Southern rail link from Vienna – Rijeka.
www.opatija.hr 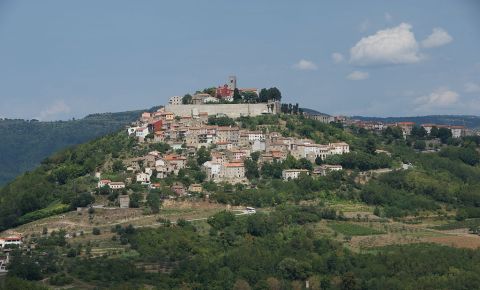 Settled 277 m above sea level, on a steep-side hill overlooking the valley der Mirna – this village offers a wonderful mix of art, music, history and architecture. The whole settlement finds itself tucked away within totally intact fortified walls with defensive towers and a city gate; all dating back to the 15 ´th Century.
www.motovun.hr 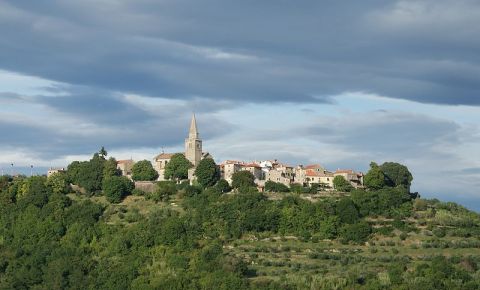 First mentioned in records dated 1102 , this hot spot of artists and artisans has been renovated continually by the Sculptor Aleksander Rukavina - 1965 and by many other followers of this great artist. Over the years it has become a center for this Guild of sculptors. From the edge of the town you can gain a great view of the Mirna Valley and the sea.
www.groznjan.hr 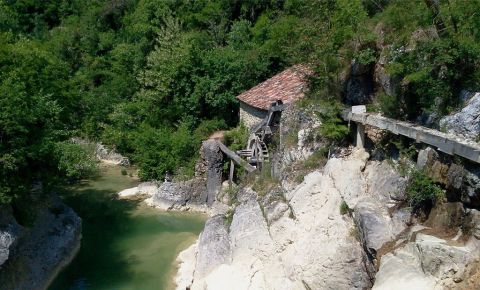 A wonderful old watermill on the river Mirna. Near to the village of Kotli (approx.6 km from Buzet) you find a waterfall and a number of small pools where you can swim and paddle about. Kotli is also the perfect starting point for a hike along the breathtaking Mirna track from Buzet to Hum (12 km). 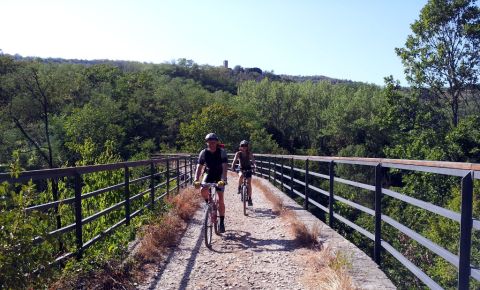 Along the old route of the narrow gauge railway line„Parenzana“ between Triest and Porec – there is now a bike route covering three countries. The route leads you through beautiful scenery with varying landscapes, through valleys, over Viaducts, through well-lit tunnels. Particularly pretty and highly recommended – the stretch between Koper – Savudrien via the Salt pans of Secovlje after Piran; then the section Gruzhjan – Motovun followed by the stretch from Motovun – to Vizinada (here you have to make a pit stop by making a small diversion to the Agro Turistik „Spinovci”).
www.istria-bike.com 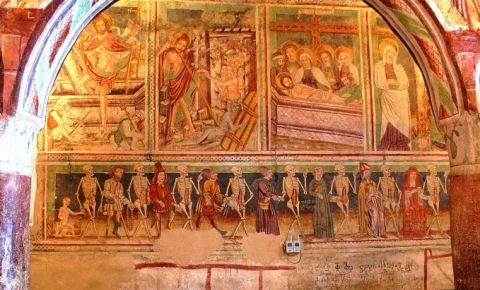 This small village is world renown for it´s Gothic cemetery with its chapel containing the Fresco "dance of death" painted by Vincent de Kastav in 1474.
http://www.sacred-destinations.com/croatia/beram-church-of-st-mary 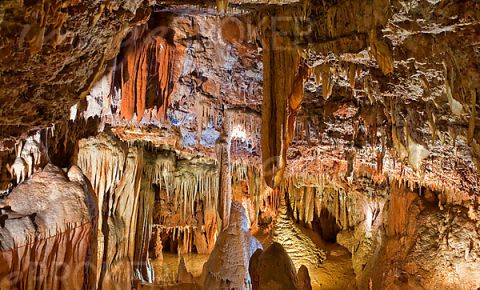 Limestone caves – approx. 12 km north-east of Porec. The tour takes about 40 min. the tour includes a stretch of 300 m and includes x 5 large chambers with stalactite’s and stalagmites.
www.baredine.com

Other fun activities close by the Villa Istra Bianka: